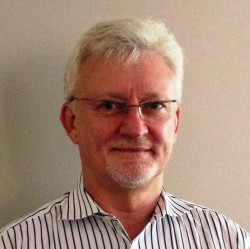 Greg Turnidge has had an extraordinarily diverse range of experience over his 37 year career. With early roles in Government policy formulation for industry and then moving into corporate and private business, Greg has worked on nearly every dimension of business, from senior management roles to company start-ups to international trade negotiations and capital raising. Greg brings his advisory experience to Optimal’s clients across M&A projects, Consulting and Mentoring assignments.

After working with the Reserve Bank in Sydney, Greg moved to Melbourne to take up a senior policy advisor role for the then Victorian Chamber of Manufacturers. During this time Greg became a member of the Confederation of Australian Industry Economic Panel, was seconded to work in the Office of Management and Budget in the Victorian Government and was appointed a Director of the National Institute of Economic and Industry Research.

Greg’s business career began in 1984 when he was appointed Managing Director of a start-up company, Aluminium Smelters of Victoria, which was ultimately sold by its owners (Victorian Government) in 1998.

In addition to day-to-day management of all major activities in a company, he has undertaken capital raising, public listings, major foreign exchange transactions and cross border financing. He has negotiated joint ventures in the USA, France and China and engaged extensively in international trade arrangements.  In recent years Greg has worked with a number of young Australian companies, helping to build strong foundations to position them for international growth and to assist them in setting up business in offshore locations.

At the end of 2013, Greg retired as CEO and Executive Director of Close the Loop Ltd, an Australian owned company engaged in materials recovery from waste electronic consumables. Greg had steered this company from its modest beginnings to being recognised as an international leader in its niche market with operations in Australia and USA and further growth opportunities in Europe.

He is Managing Director of Blueprint Acoustics Pty Ltd, a specialist Australian start up establishing a reputation for technology leadership in the design and manufacture of audio products.